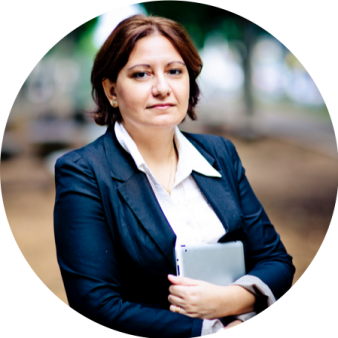 Founder/ Director, Out of the Box - Science Accelerator

Profile:     Israeli-born social entrepreneur. Founder of Out of the Box, the venture that promotes teaching aerospace and entrepreneurship in high schools, with a special focus on gender.  Out of the Box’s flagship program is the Science Accelerator, which has over 700 participants from Israel and the USA. The program’s stakeholders include, NASA Ames Research Center, U.S. Embassy Jerusalem, and the Israeli Space Agency. The program received special recognition by the Israel’s Ministry of Education for its "pioneering, original and visionary space education program.” Cohen Barzilay also serves as mentor at social /high-tech accelerators. She was recently chosen by the US Department of State as part of the #FacesofExchange initiative, showcasing 80 accomplished exchange program alumni, for their leadership and impact. She is founder and former director of Israel’s Women’s Media Center Israel, a hub for gender-equality and social justice. She co-lead the steering committee for Israeli NAP-UN Resolution 1325, and is co-founder of the Chamber of Women Journalists - chosen 5th of the 100 most influential people in Israeli media for 2014.

To produce a unique exhibition and an online campaign to promote space4women (Starting in Israel with hope of producing these exhibitions in additional countries).

To expand, as of next year, the Science Accelerator, to more schools across the US and Israel, with the hope of attracting more countries. (The current school year will end on June 2nd with an online competition produced in association with NASA Ames – with a professional committee of three female scientists and NASA Ames’ chief scientist).

To run, in the coming school year (September/October 2020), a special program that attract young girls to pursue a career in aviation.

To run, in the coming school year a special program that attracts youth to pursue a career in space communication – satellite.

I sent an application to host a NASA event for innovation in Israel (pending).

I plan to present and participate in international events (online and/or physical) and conferences that advocate for space education and attract women and girls to the field aerospace.