Space4Women Mentor Project Spotlight: "Out of the Box - a social enterprise to promote innovation and entrepreneurship in aerospace"

My name is Vered Cohen Barzilay, I am an Israeli-based entrepreneur, current Space4Women Network Mentor, and the Founder Director of Out of the Box, a social enterprise to promote innovation and entrepreneurship in aerospace education. Our purpose is to spark passion in the future generation for working in the aerospace industry and to provide them with the know-how and skills they need to succeed in the future working market. We put a special focus on attracting young women and girls to our programs and to empower female facilitators working in schools. We provide opportunities for students to gain experience in an international arena and enjoy peer-to-peer learning. We acknowledge the importance of creating and leading a diverse and equal society on earth and above us in space. 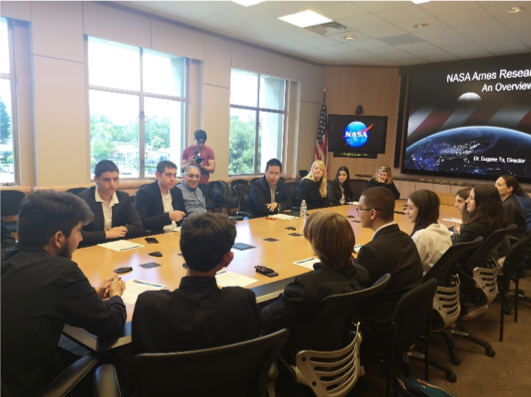 Aerospace has always been a part of my life. I was fascinated by it from an early age and dreamed to become an astronaut and pilot, but Israel only opened the skies for female pilots in 1995! This change came after a brave young woman named Alice Miller appealed to the court demanding a chance to be a part of the male-only, elite pilot course in the Israeli army. Challenging the norms, she broke the glass ceiling for women in Israel, but despite her legal victory, the number of female pilots ever since is still very low both in the army and in commercial aviation (only 5 female pilots work at the national airline company versus 600 men).

Space for me often seemed even more out of reach. Israel never had a legacy of astronauts until 2003 when Ilan Ramon, the first Israeli astronaut, flew as part of the crew of the Space Shuttle Columbia and spent 15 days aboard the International Space Station. Tragically, Ramon and the entire Columbia crew died when the shuttle was destroyed during re-entry into the atmosphere. Israel has had no other astronauts in space since.

The sky was my limit so I walked in other career directions. But the passion for aerospace never left me.

As an entrepreneur I spent most of my career promoting human rights and women’s rights, trying to break as many glass ceilings as I could and make an effort to open doors that had previously been closed to women. I volunteered as a mentor with high tech and social accelerators, where many times I was the only female around. At these organizations, I encouraged the directors to invest in female entrepreneurs and was frustrated to see that women faced more difficulties then men (especially in fundraising) and many times dropped out in the middle of the road or worse, did not feel encouraged to dare to try. I participated in discussions at the parliament, worked with the media, presented at conferences, and worked in the international arena, but I began to feel that what I must do is go back to schools in order to try to change the status quo from an early age. I founded Out of the Box in order to connect students - especially girls - to STEAM and most importantly, open the sky for them! It is the goal of Out of the Box to make space a dream young people can dare to pursue and fulfill.

Three years ago, Out of the Box was fortunate to host NASA Ames Research Center Director, Dr. Eugene Tu and the center’s Chief Scientist, Dr. Jacob Cohen at our flagship program “Science Accelerator”. Dr. Cohen has continued to serve as a close adviser and mentor to the program ever since. With the help of the U.S. Embassy in Israel and the Ministry of Science, Israeli and American students in our program interact with high level scientists from NASA and the space industry, as well as leaders in the business sector. During the program, the students come up with innovative, original, science-based ideas to help humanity inhabit the moon and beyond. With the help of our program mentors, the students then examine their idea from a business lens and create a prototype. Finally, they pitch their ideas at NASA Ames as part of the international competition. This year, in the final stage of the competition, we had nearly equal representation, with girls making up 55% of the participants. Throughout the program, we engage female role models, encourage the students to work in mixed groups, and teach the girls to aim for a successful and profitable carrier in space and aviation. 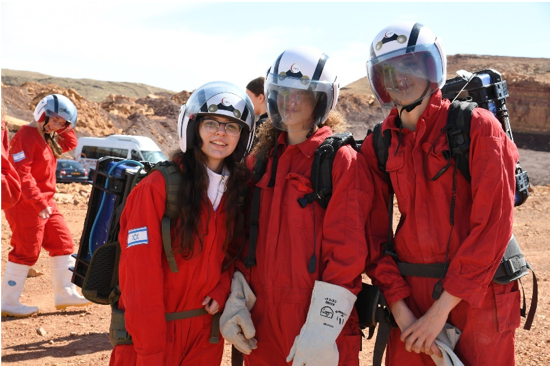 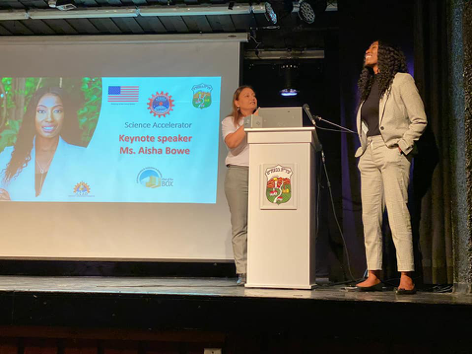 Our second program, “Astrobox”, is designed to introduce high school students to the satellite industry, preparing them to take part in this fascinating and growing new space market. The students learn to build and program a real cube satellite and launch it at the end of the third-year learning.

Our “Wings” program will literally put girls high in the sky, holding the pilot control stick. High school girls will learn the basic of Physics, aeronautics and practice on glider simulators, preparing them for their first experience as real pilots. Only when I sat in a glider, inspired by my friends, Mark & Kathleen Fredette from California USA, holding the control stick to navigate the plane did I truly realize how important soaring is for sparking inspiration. Lifting the girls up in the sky is one of the strongest statements to show them that the sky isn’t the limit any more. 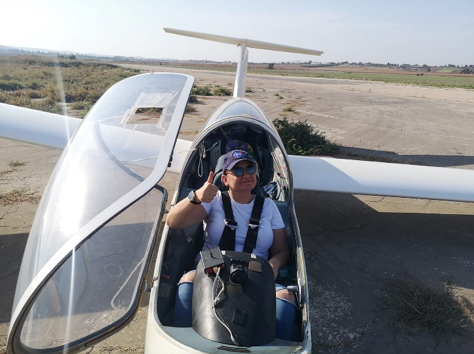 Two years ago, I led a program that branded an entire city (Givatayim) as a Space City. With the help of the educational department and the local observatory, all kids from K-12 in the city enjoy educational programs in space, special public events, activities, and more. This year we will dedicate our activities to women in aerospace. 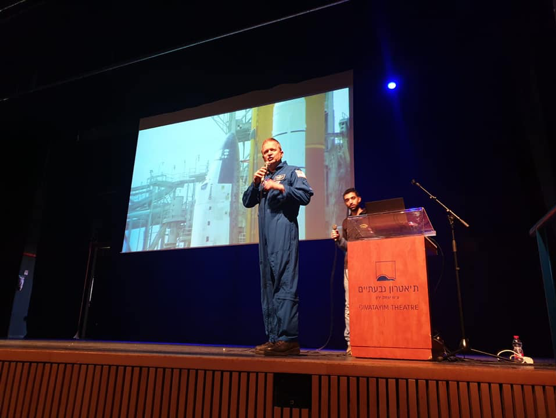 Through Out of the Box, I will keep on developing and leading more international educational programs. I am driven by my mission to make sure that space will be accessible to everyone to dream and dare!