Space4Women Mentor Project Spotlight: “She Speaks Science. Own your story."

My aspirations may have surprised those who assumed that the conservative upbringing of a girl in a small village in Lebanon, a country torn with a raging civil war in the eighties, would have produced someone with Earth-bound dreams rather than an astrophysicist.

Growing up with the sounds of artillery, rockets and intimidating sonic booms during my early years may explain my desire as a teenager to become a fighter pilot. Lacking role models and guidance into such a career path, I took instead to studying physics and getting a PhD in astrophysics. However, no one had attempted that degree in Lebanon before, so I had to forge a path for myself. I then became the first to get a PhD in astrophysics from a Lebanese university. Today, I want to make sure that I'm not the last.

STEM education and careers are riddled with large disparities, and structural reform is necessary to address these inequalities. This reform should go hand in hand with efforts to make STEM more attractive, and storytelling is one powerful tool.

In 2018 I founded She Speaks Science to highlight the stories that challenge the narrative of who does STEM, promote women and minority scientists, and spark young people's enthusiasm for STEM with storytelling. 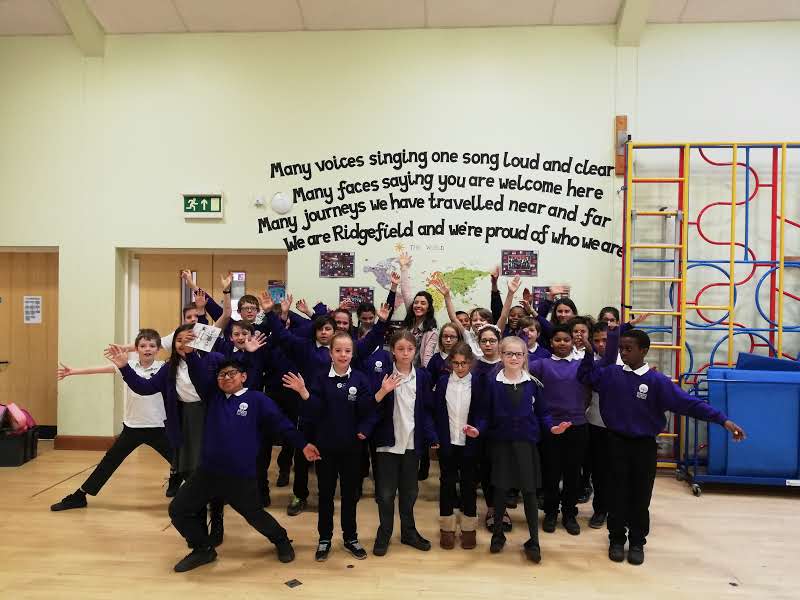 Student participants at a She Speaks Science talk at Ridgefield School, U.K.

Stories are empowering and effective, not only to engage and inform but also to develop a positive sense of identity. One factor that deters young people from pursuing a scientific career is the notion that to be a scientist, one has to be a "genius" or exceptionally talented. Our stereotypical role models seem to have enforced a normative idea of who does STEM, overlooking struggle and resilience as essential aspects of being a scientist. A study in educational psychology finds that students who are exposed to scientists "struggle stories" record higher science grades and levels of motivation than those who weren't. This finding makes inclusive stories that narrate the struggle of a scientist, a protagonist searching for the truth, quite effective in normalising failure and building resilience among young explorers. 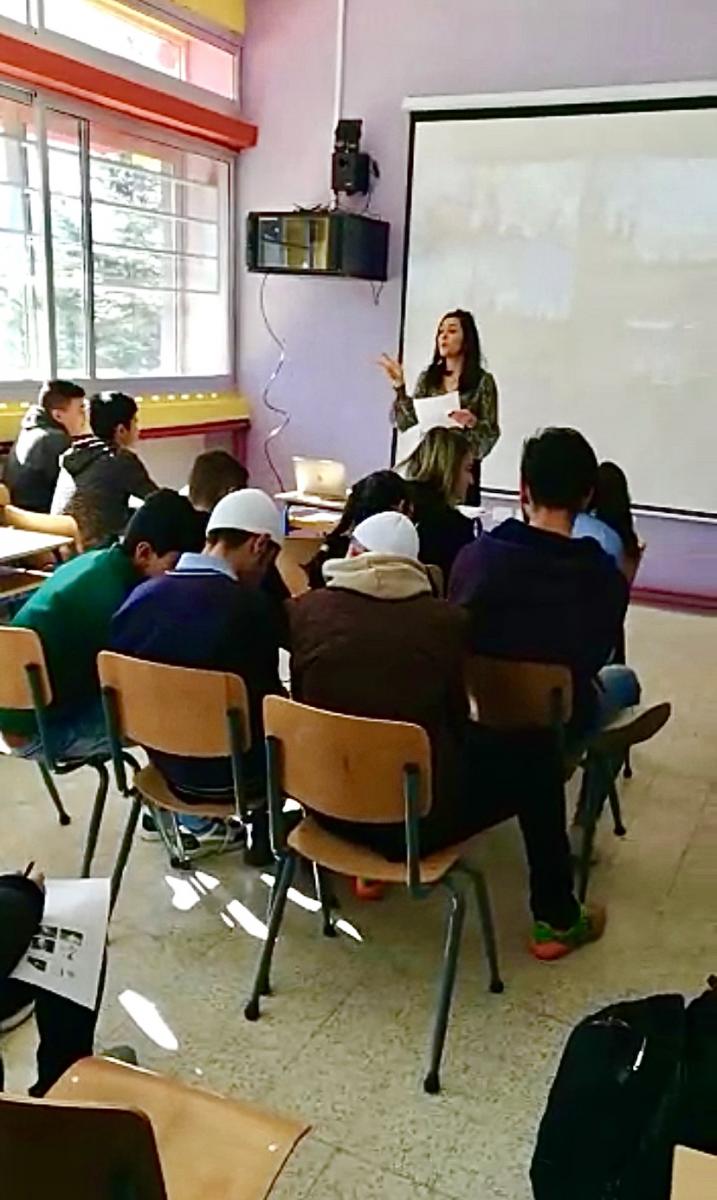 She Speaks Science at a talk in Barouk, Ghina's hometown in Lebanon

She Speaks Science has now grown globally. Our monthly publication Scheherazade, named after the storyteller of 1001 Nights, is an online story weaved by women experts from around the world about their STEM research, demonstrating how science is at the core of our lives. These stories are now offered in five languages to ensure better accessibility: Spanish, Arabic, Italian, German and English. They reach readers in more than 120 countries around the globe.

We also run storytelling workshops at schools to train students in co-creation, innovation and collaboration, which are essential skills for future generations. 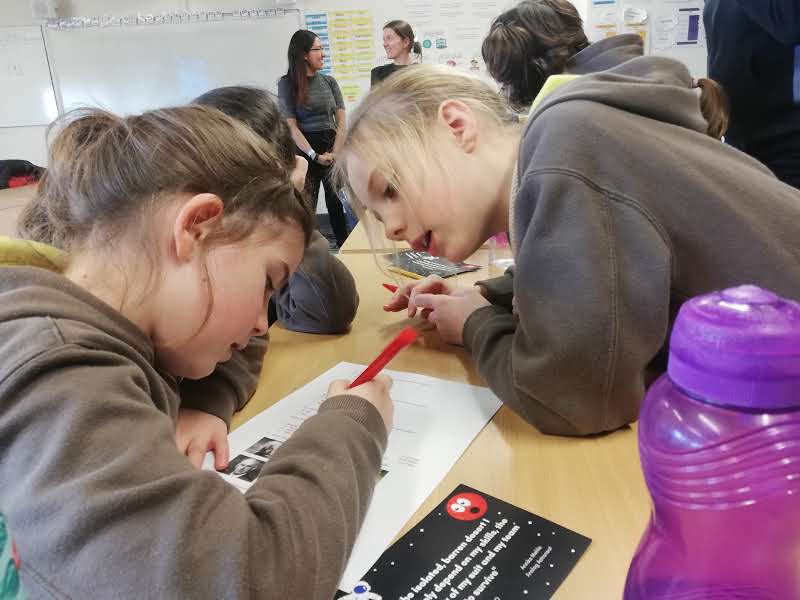 A She Speaks Science Workshop for Girl Scouts

During the pandemic, lockdown widened the digital divide, and many people were left disconnected. We wanted to make sure that we reach the young learners who have little or no digital access, so we partnered with Cambridge Science Centre, an educational charity, to bring science to the doorsteps of under-served children in the UK. We took over the August edition of OpenUpScience, a free paper magazine that aims to inspire and entertain children during the COVID-19 lockdown. We packed the issue with space-themed stories, puzzles, and experiments that can be done at home, and it was distributed through charities and social enterprises to reach the most vulnerable. I hope that our efforts can drive the change by challenging the stereotypical notions of who a scientist is and by encouraging the youth into STEM so they can shape a better future as vectors of social progress and agents of change. 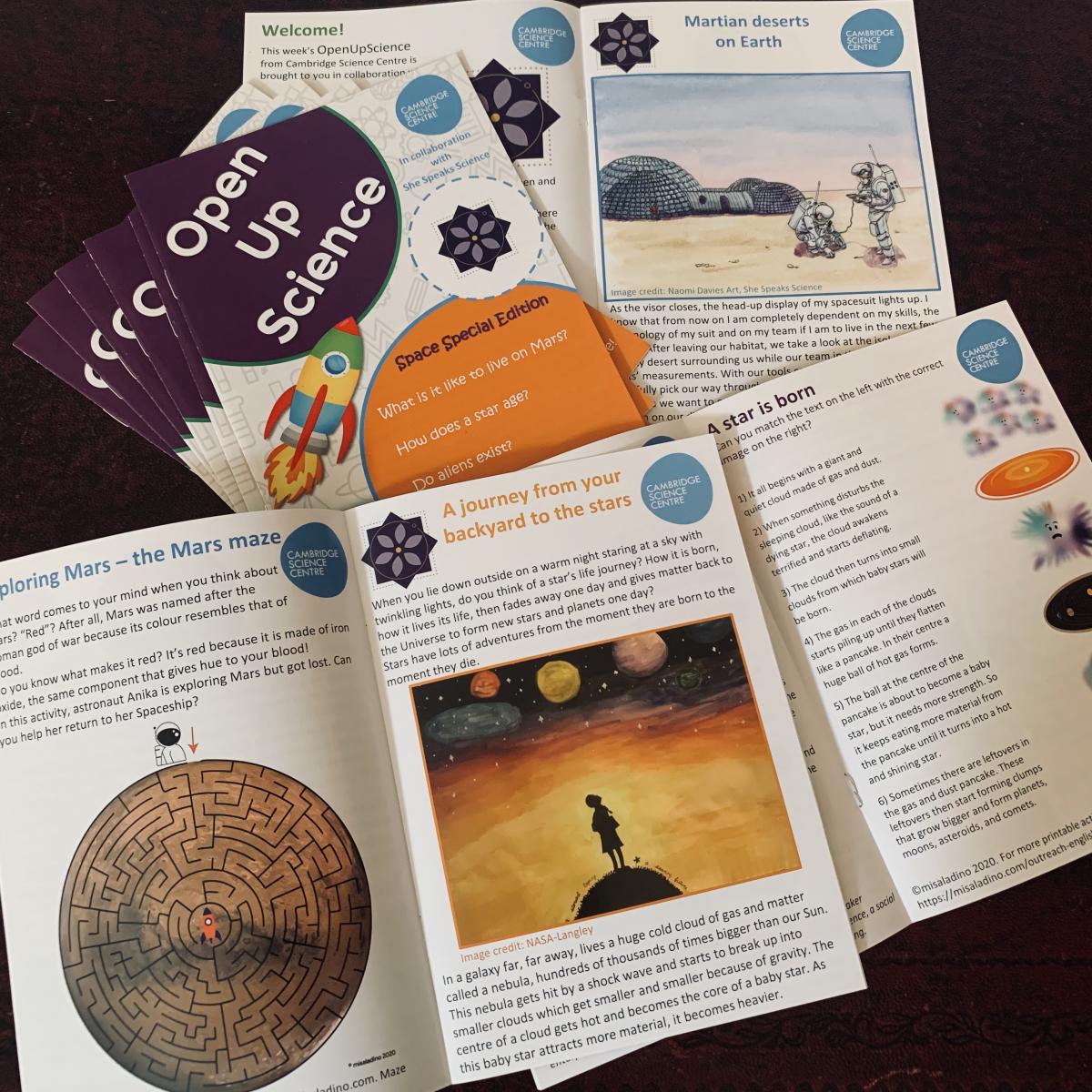 She Speaks Science acknowledges the support from the University of Cambridge and International Astronomical Union.