Background and Beginnings of the Space4Women Group - A Mentor History

History of the Space4Women Group

This history researched and written by: Jan Millsapps, Ph.D., 7 April 2020

The Space4Women group grew from an informal network of women with the common goals of creating inclusive policy and advancement opportunities in the space industry and access to STEM education and training for women and girls around the world.

In October 2017, UNOOSA and UN Women co-hosted an inaugural “Space for Women” Expert Meeting at the United Nations in New York, with the goal of creating and prioritizing specifics for an envisioned “Space for Women” project.

Attendees, including approximately 60 women from around the world, heard from government and private enterprise administrators and policy makers, scientists, aerospace professionals, engineers, educators, and arts/media professionals. Many made individual presentations and all participated in discussions on the topics covered. On the final day of the event, recommendations from the assembled group were considered at a high-level panel at UN Headquarters, including a proposal to establish a global network of role models and mentors working to further the advancement of girls and women in space sectors worldwide. The high-level panel adopted the following recommendations emerging from the Expert Meeting:

Valuable contacts were made among those attending the 2017 Expert Meeting, resulting in a self-organized, global Space4Women (S4W) group who continued to work alongside the UN to empower and advance the participation of women and girls in space sectors worldwide. Individuals within this informal network expanded use of online platforms to communicate, to collaborate on research and scholarship, to initiate and organize specifically focused interest groups, to plan and host events, and to share professional accomplishments within the group. 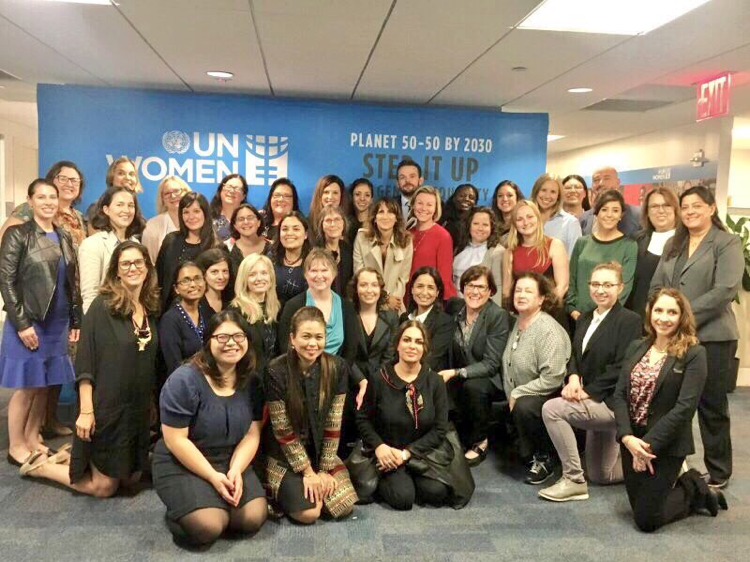 Some highlights of specific S4W activities following the 2017 Expert Meeting include:

In June 2018, many of those who met at the 2017 Expert Meeting in New York reconvened at the UNISPACE+50 event, held at UNOOSA headquarters in Vienna. Following an afternoon “Space for Women” panel, filmmaker and educator Jan Millsapps presented her new documentary, “Madame Mars: Women and the Quest for Worlds Beyond.” After the screening, Millsapps moderated an international panel (Jen Blank, Jen Breslin, and Basuti Bolo), who discussed issues raised by the film, and possible solutions to challenges faced by women in the space arena, including STEM preparation, educating and empowering women globally, and ensuring female futures in space. 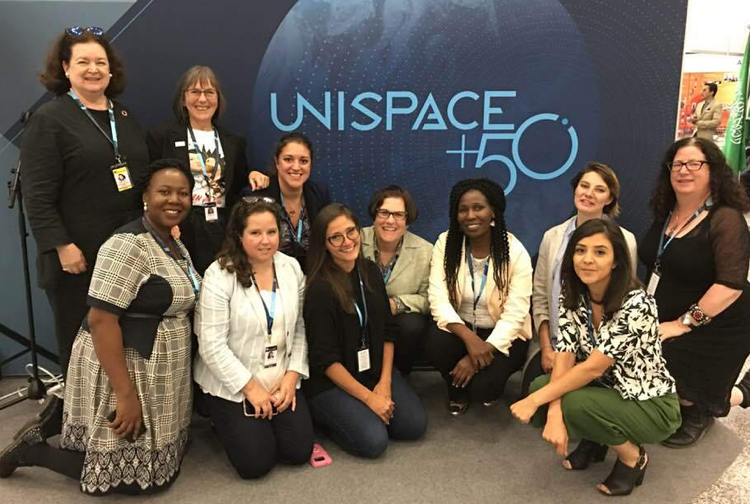 Some S4W activities following the UNISPACE+50 event include:

In October 2019, the Workshop on Space Technology for Socio-Economic Benefits: Ensuring Inclusiveness through Space-based Applications and Space Exploration was organized by the International Astronautical Federation (IAF) and supported by the United Nations Office for Outer Space Affairs (UNOOSA). Several women from the S4W group, including Susan Murabana Owen, Jen Blank, Alessandra Abe Pacini, Basuti Bolo, Pascale Lefebure, and Adrienne Provenzano, made presentations at the workshop. 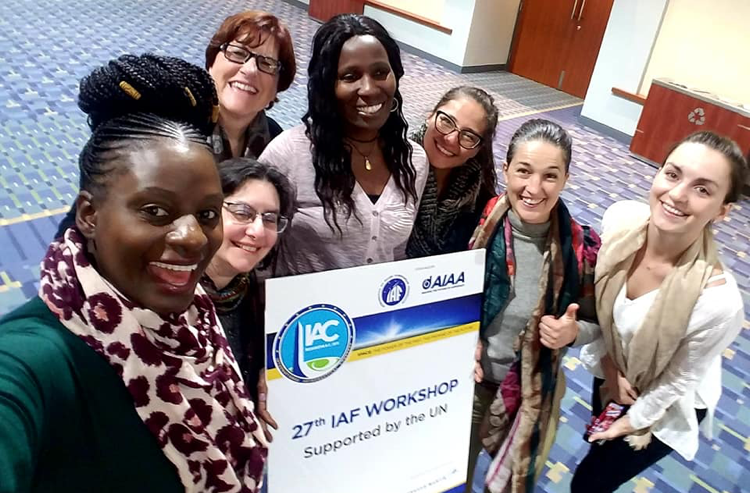 In February 2020, the Space4Women Mentor Network was officially launched through UNOOSA. Many of the women who have participated in discussions and organization of the group since the first meeting in 2017 remain involved, and the informal S4W group has grown to include the official Mentor Network. Members of the S4W group stay connected through monthly meetings and enhanced communication channels, and continue to collaborate on common projects. Moreover, the S4W group continues its commitment to work collaboratively with the UN to advance the new mentoring network and online forum, and to participate in future “Space for Women” events, including the 2020 meeting in Brazil.