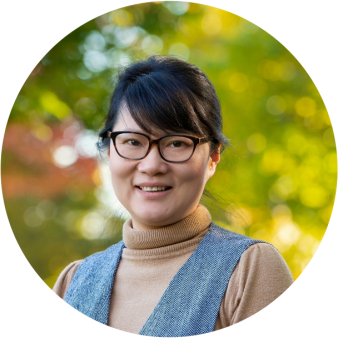 Profile: Professor Yang Gao is a world-renowned space roboticist with 20 years of R&D experience in AI robotics for the extreme environments such as space. She is the founding head of the Space Technology for Autonomous and Robotic systems Laboratory (STAR LAB) at University of Surrey, as well as the founding director of space start-up company Ai4SPACE Ltd. She has been the Principal Investigator of over 30 internationally teamed projects funded by space agencies and industries. Prof. Gao is also actively involved in real-world space missions such as ESA ExoMars, Proba3 and VMMO (aka. lunar ice mapper), UK MoonLITE/MoonRaker, and CNSA Chang'E3.

Prof. Gao is the elected Fellow of Institute of Engineering and Technology (IET) and Royal Aeronautical Society (RAeS). She was named by the Times Higher Education in 2008 one of ten UK’s young leading academics making a significant contribution to their disciplines, and received the Mulan Award in 2019. Research work under her supervision received awards such as the International Astronautical Federation 3AF Edmond Brun Silver Medal in 2013, COSPAR Outstanding Paper Award in 2016, joint Winner of ESA SysNova Challenge in 2018, or First Prize of Best Poster Award at IEEE-ICRA Space Workshop in 2020.