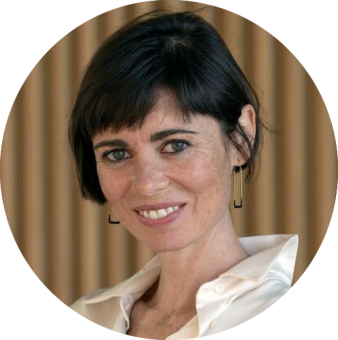 Head of Institutional Relations of Space at Airbus Spain

Profile: Rocio Caparrós Del Moral graduated in Law at the University of Jaén and took PhD studies on the legal and economic aspects of the European integration process. She is a specialist in Law and Policies of Outer Space, and has developed most of her career in France, at ESA’s European Centre for Space Law (ECSL), together with jurist Gabriel Lafferranderie (former legal adviser at the ESA), with whom she has authored several different publications, including “The European Space Agency” (2005: Kluwer Law International).

She worked at UNESCO’s COMEST (the World Commission on the Ethics of Scientific Knowledge and Technology) and at the International Astronautical Federation, where she was responsible for Institutional Relations. Rocio has been responsible at the Airbus Political Affairs Office, in Andalusia, since February 2010.

She was a member of the team engaged in the study of “Legal Issues and Problems Associated with Research in Outer Space”, in December of 2004. She took her second year of PhD studies at the International Centre of Air and Space Law, in Leiden, the Netherlands, and prepared her dissertation at the ESA’s European Space Research and Technology Centre (ESTEC) in Noordwijk, the Netherlands, in 2002.