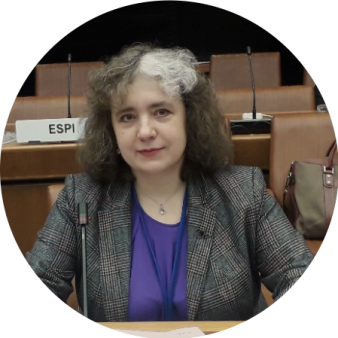 Profile: Elena Kilpio has been interested in astronomy since childhood and graduated from Moscow State University in 1996 with a PhD in astrophysics (Study of flare activity in Symbiotic Stars). For about 25 years, she worked in the Institute of Astronomy of the Russian Academy of Sciences (INASAN) at different positions - engineer, researcher, senior researcher, head of group and as the director's assistant on scientific and organizational work. In 2013-2016 she held the position of consultant at the Federal Agency for Science Organisations (in parallel with work in INASAN). Since 2016, Dr. Killpio worked at the Russian Academy of Sciences (Department of Physics). Presently, she has a lot of organisational work but also participates in research with my collaborators.