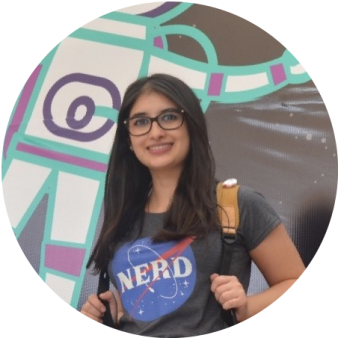 My master’s thesis was in particle physics, collaborating with the European Organization for Nuclear Research (CERN) on the ALICE (Large Ion Collider Experiment) experiment, working directly with Dra. Yiota Foka and her team, also being part of IPPOG (International Particle Physics Outreach Group) a network of scientists and communication specialists working around the world in informal science education and science, my goal is to bring new discoveries in this exciting field to Latin American and Spanish-speaking female students. I´m certified as an educator by National Geographic, through which I got engaged to inspire the next generation of explorers, conservationists, and creators of change.

Since 2015 I work at the Mexican Space Agency, currently in the General Direction Area.