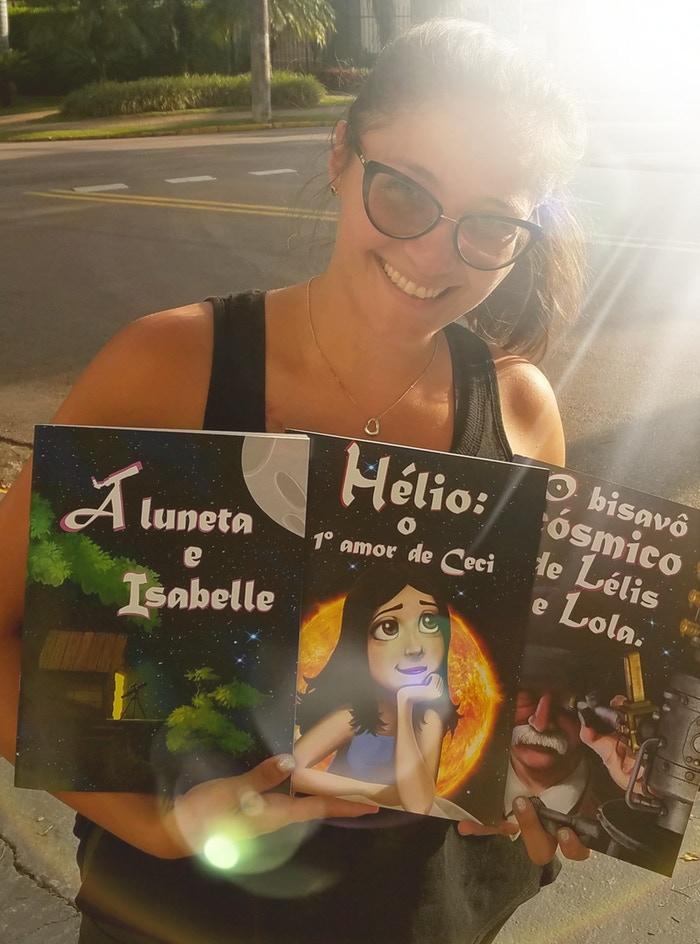 Girls InSpace has released a collection of books about a group of young girls and their adventures, as they relate to Earth and space science concepts. These books—created by Alessandra Pacini, a space physicist from Brazil—aim to empower and motivate girls 9-13 years old in science, technology, engineering, and mathematics (STEM).​

The 2017 United Nations Women in Science Report shows that only 29% of scientists in the world are female. And a 2017 study published Nature showed that less than 30% of first authors on American Geophysical Union scientific publications are women. This low number of female leadership in STEM fields is also reflected in the 2017 National Science Foundation database, which shows that less than 25% of physics undergraduate and graduate students are women.

The gender gap in STEM starts in middle school, when girls get demotivated to pursue those careers due to a number of social reasons. A 2017 Microsoft study found that the majority of the European women who work in STEM fields got engaged around 12 years-old. The challenge then is to be proactive in supporting gender equality initiatives that encourage young girls to participate in STEM and maintain their interest.